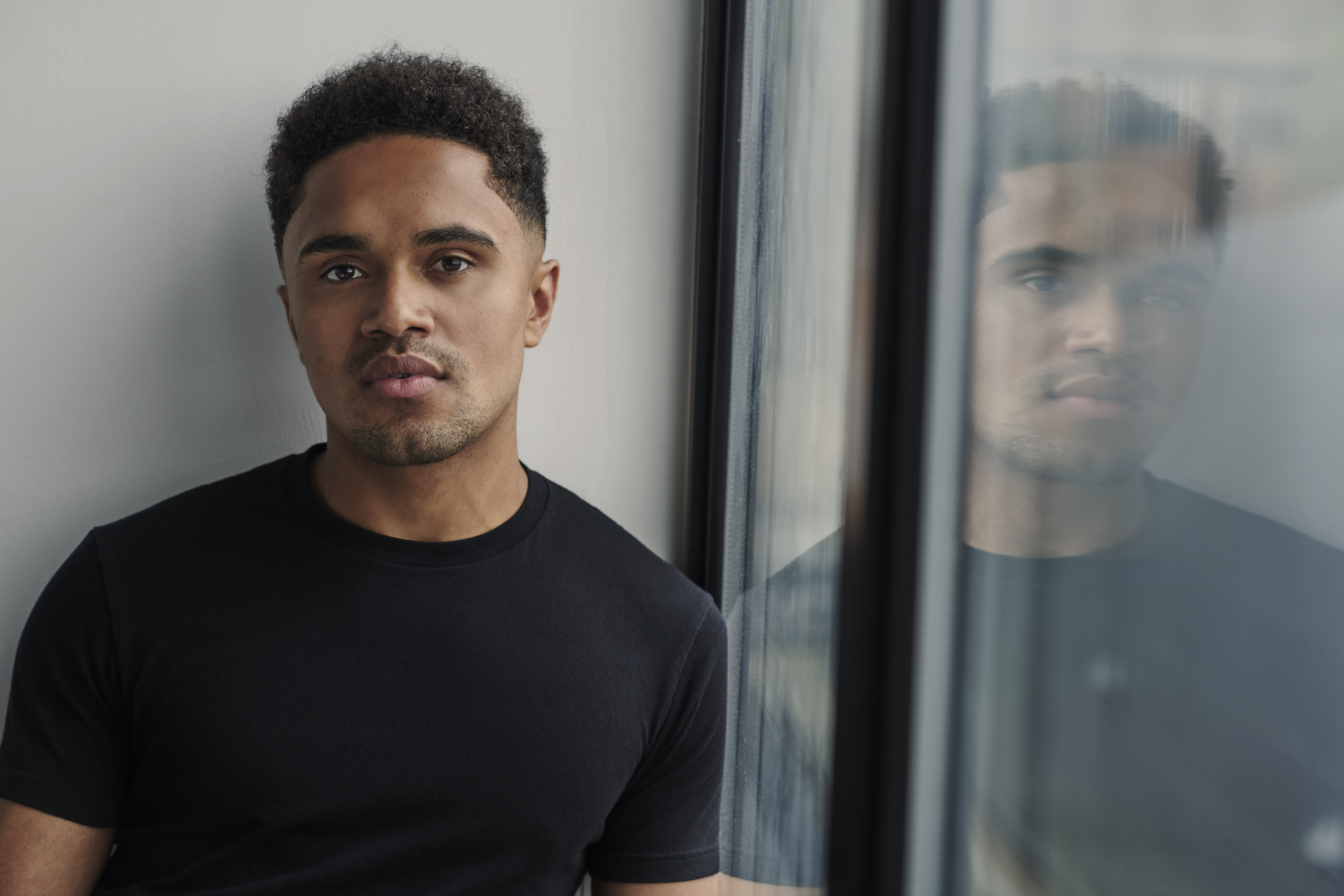 From playground daredevil to acting genius, Josh Williams launched himself into a professional acting career at just 16, entirely bypassing drama school. He’s worked with acclaimed directors and writers, and is now the nimble, vulnerable epicentre of Touching the Void, bringing Joe Simpson’s harrowing journey of survival to life on stage.

Theatre is something I kind of stumbled upon. I was about 13 and got cast in a school play and really enjoyed it. And from there I kept on getting involved in drama clubs and doing plays, and because I wasn't necessarily the greatest student academically, it was really nice to find something that engaged me at school. I did National Youth Theatre and didn't take the drama school route because I actually got an agent whilst I was still at school and just started working in theatre. My first job was a play upstairs at the Royal Court directed by Lyndsey Turner which was a dream first job for a 16-year-old, an amazing opportunity. Theatre has been the main thing that I've been doing since, and obviously I always end up doing theatre because I just really love it.

Always be receptive to learning new things and never think that you're the finished article because no one ever is, really.

Always be receptive to learning new things. Because I started when I was sixteen/seventeen, I was always the youngest and least-experienced in the cast. So I was very aware of the fact I had to be a sponge to as much information as possible, working with all these people who'd been in the industry for 20, 30, 40 years—people who had been to drama school. I was very aware of my naivete. Now, I'm not the least experienced person when I when I walk into a rehearsal room, but I still try and have that mindset, that you always can be learning from people. I’m working with an actor at the moment called Patrick McNamee, who's the most exquisite actor—his stagecraft is second to none. Just watching him work has been amazing for me and I feel like a bit of a robber, just like robbing tricks off him. But I carry this with me throughout: always be receptive to learning new things and never think that you're the finished article because no one ever is, really.

Well Touching the Void is such an unfathomable story that you have to draw from any form of adversity that you've gone through. Obviously I've never, ever even scratched the surface of what Joe went through on the mountain. Everyone goes through some adversity in their life and those minor traumas do sit with you and inform the work. This may sound really basic but I remember breaking my arm completely in half when I was eleven, and was just overcome with this panic. I remember holding on to my arm and running through the playground screaming, ‘Someone help me, someone help me. I broke my arm.’ It's such a weird thing, your body instantly goes into shock and it's not necessarily pain, it’s that level of panic, which is quite grim. That definitely informs the parts where Joe is in agony.

Living in London we’re so lucky to have such a breadth of stuff going on, so immerse yourself in theatre as much as possible and put yourself out of your comfort zone. There are stories you know and are probably going to like because you liked the book, so of course go to those. But if something comes up and you go, ‘I've never even heard of that story, or that director, or that theatre,’ then still go. People are putting on amazing work all throughout the city so just go and see stuff that’s out your comfort zone, because you're going to find things that you like.

With Touching the Void, if you've read the book or seen the film it's almost useful to disregard them because there is artistic license taken, so it's much more than a story of survival. It touches on guilt, and on grief and loss, and what drives people to go off and climb these mountains. As a normal person that works a 9-to-5 or even as myself, working in theatre I go, “Why? Why did two young men in the prime of their lives go to the middle of nowhere in Peru and try and climb this mountain, knowing that if they failed, they could die?” David Greig, the writer, really touches on that in the play: what drives people to go off and do these things. So it becomes much more than survival, more than a climbing story, it's a life-affirming examination of human nature, really.

I love shows that live with you after you've seen them, for months afterward when things will come up in your life and you go, ‘god that reminds me of when I saw so-and-so.’ Those performances that are either harrowing or make you look inwards and self-reflect—that's the kind of theatre that I love to see. And also just stuff that pushes the boundaries, that’s not been done before—that’s why Touching the Void is such an amazing story: When are you ever going to see a mountaineering story portrayed on stage? It’s theatre that says ‘of course we could do this play that’s been done a hundred times before, but let's do something entirely different on stage.’ That's where theatre is really exciting and cutting edge.

Learn more about Touching the Void